Skip to content
Ten boats had a great chance to warm up and shake down during today’s Round The Rocks race, a one-day circumnavigation of the neighboring 19 square mile island of St. John. This fourth annual event has proven especially popular as a preface to the traditional three-day St. Thomas International Regatta (STIR), which takes place Friday through Sunday, from the St. Thomas Yacht Club. Two teams were especially stoked by the day’s racing: those on St. Thomas’ Peter Corr’s King 40, Blitz, which won the Spinnaker class and Antigua-based Farr 65, Spirit of Juno, one of Ondeck’s race charter vessels helmed by Arran Chapman, which topped the Non-Spinnaker class.
“We had a bad start after getting squeezed at the pin end, but it enabled us to break free and get into good breeze,” explains Blitz’s Corr, whose crew hails from the USVI, USA, UK and Australia. “After that, we had good speed up the southside of St. John, then the breeze died. We saw it drop to as low as 6 knots. That had the effect of bunching the fleet together, yet we remained in the lead. Then, around the north side of St. John we sailed very close to Next (the USA’s Ryan Walsh and Jon Desmond’s KP 36) because they were good downwind, while we had better speed on the upwind. In the end, we ran for home and stayed in the lead.”
Corr continues, “It was a good tune-up for us. But more so, this is a regatta unto itself. It was a good start for us to win. For the next three days, it’s all about mistakes. The boat that makes the fewest will win, and we’d love to win. We’re definitely off to a good start.” 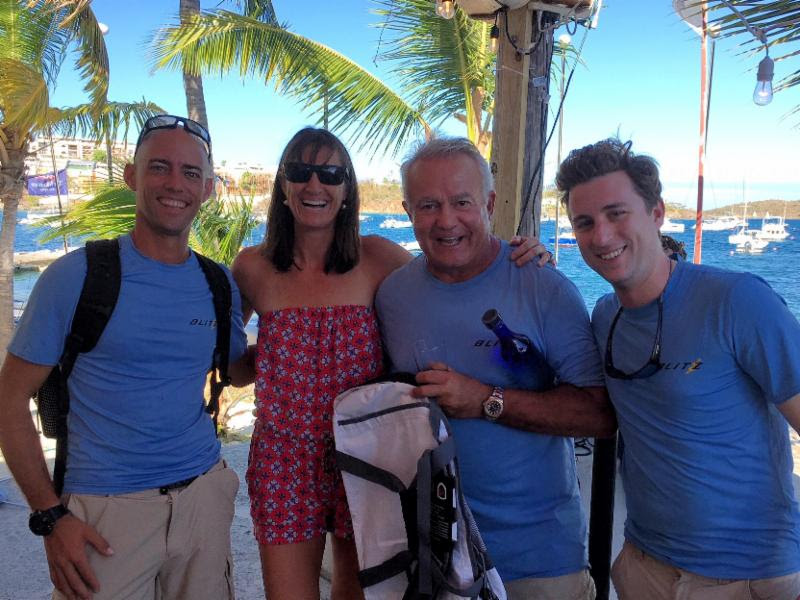 The Spirit of Juno’s Chapman, in the Non-Spinnaker Class, shared similar sentiments as Blitz’s Corr.
“We’ve never done this course before and we loved it. It was as good of a warm up as you could ask for. It really put us in the racing mood. Now, it will be moving from a relatively easy race, easy but enough to get our racing blood pumping, too much steeper competition ahead for the next three days,” says Chapman.
St. Thomas’ Stephen Schmitt’s Hotel California Too, a Santa Cruz 70, finished second in the Non-Spinnaker class.
Fifty-one boats in six classes will embark on the first day of racing on Friday in the 46th STIR.
St. Thomas’ Lawrence Aqui will race his Dufour 40, Wild T’ing in the Non-Spinnaker class, a class in which they hope to defend their champion title from last year.
“It’s all about the fun and it looks like it will be perfect wind for us, 12 to 16 knots through the weekend,” says Aqui. “We’ve raced with the same core group of guys for 13 years now. For us, its all about the fun, but defending our class title is definitely top of mind.”
The 18-boat one-design IC24 Class is the largest and likely the most competitive. One of the entrants is Puerto Rico’s Luigi Miranda, who will be crewing on El Castigo.
“Our skipper, Gilberto Rivera, is an experienced IC24 and J24 class competitor with previous STIR participations,” says Miranda. “Our trimmer, Kiko Dalmau, is a very experienced sailor that has participated in many international sailing championships in other classes such as Melges 32. Our tactician, Lucas Miranda, is a young experienced sailor that has represented Puerto Rico in several international youth championships in other classes. Frank Velez, with years of IC24 experience, will be our foredeck. And I will be trimming the spinnaker pole. We look forward to improving over last year and having lots of fun.”
There are two multihull classes in this year’s STIR. One is a one-design Hobie Wave Class that will race on Saturday and Sunday. The other is a three-boat Performance Beach Cat Class.
“The Beach Cat class almost disappeared after the hurricanes,” says St. Thomas’ Joyce Campbell, who will sail with Naomi Laing on the Hobie 16, White Sails. “We decided to keep it going and there will be three of us racing this year.”
Round-the-buoy and round-the-island courses will take the STIR fleet north, south and east of St. Thomas’ east end, making it possible to see the racing from shore. Racing starts at 11 a.m. each day. 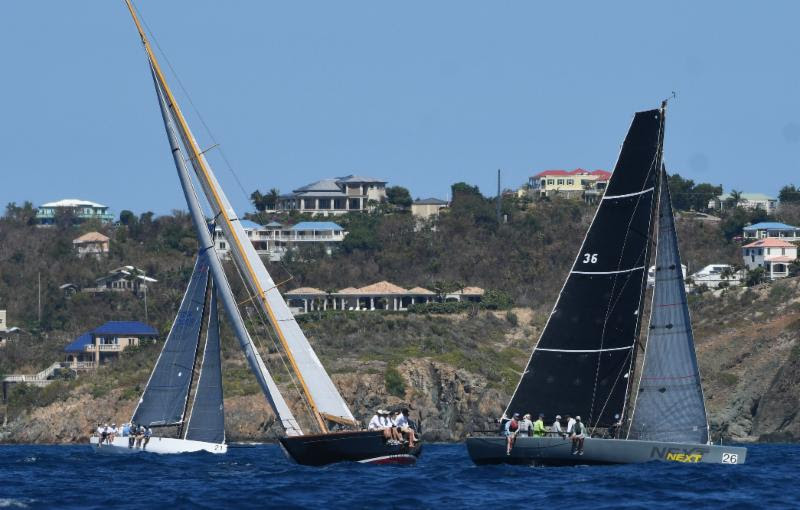