St. Thomas, US Virgin Islands. Organizers of the St. Thomas International Regatta (STIR) are proud to announce that Cruzan Rum and Miller Lite beer, distributed by Southern Glazer’s Wine and Spirits, LLC, will provide major sponsorship in support of the 2017 regatta. 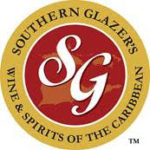 “Referred to as the ‘Crown Jewel of the Caribbean Regattas’, Southern Glazer’s Wine and Spirits (formally Glazer’s Premier Distributors, LLC) is honored to, once again, be a part of the St. Thomas International Regatta,” says John Sopsic, vice president. “Southern Glazer’s Wine and Spirits has chosen to feature Cruzan Rum and Miller Lite as the official sponsors of the 2017 STIR. These global brands, along with our other select premium products, will be exclusively at all Regatta bars for the duration of the event and will surely enhance the overall atmosphere of the Regatta including the nightly parties at the St. Thomas Yacht Club and the ‘big party’ at Yacht Haven Grande. We look forward to providing the refreshing beverages of choice on shore to all sailors, landlubbers, visitors and residents alike.” 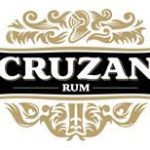 Cruzan Rum, which is produced at its Estate Diamond distillery on St. Croix, was founded in 1760 and has been run by eight generations of the Nelthropp family albeit with changes in corporate ownership over the years. The company meticulously crafts some 50 award-winning rum products in different flavors and ages. A signature feature of STIR is that the skipper winning the regatta’s most competitive class as judged by a trio of race officials receives his or her weight in Cruzan Rum. 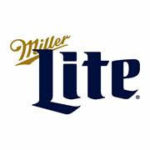 “We are excited to welcome Cruzan Rum and Miller Lite beer onboard as sponsors for the 2017 St. Thomas International Regatta,” says regatta director, Chuck Pessler. “It’s important to bring the right products to our regatta to enhance the overall atmosphere and enjoyment for our sailors, their families and friends, and I believe we have accomplished this in our partnership with Southern Glazer’s Wine and Spirits. We look forward to welcoming everyone to the St. Thomas Yacht Club in March for a great regatta, a rum drink and a cold beer all can really enjoy,” says regatta director, Chuck Pessler.

The St. Thomas International Regatta, now in its forty-fourth year, is a world-class event renowned for its fantastic round the buoys and round the islands racing, first-class race committee and friendly can-do attitude towards its competitors. Over 80 entries, including a sleek fleet of offshore catamarans, plus one-design Melges 20s, C&C 30’s and home-grown IC24s are expected in 2017. Additionally, the second annual Round the Rocks Race, a circumnavigation of the neighboring island of St. John will take place March 23.