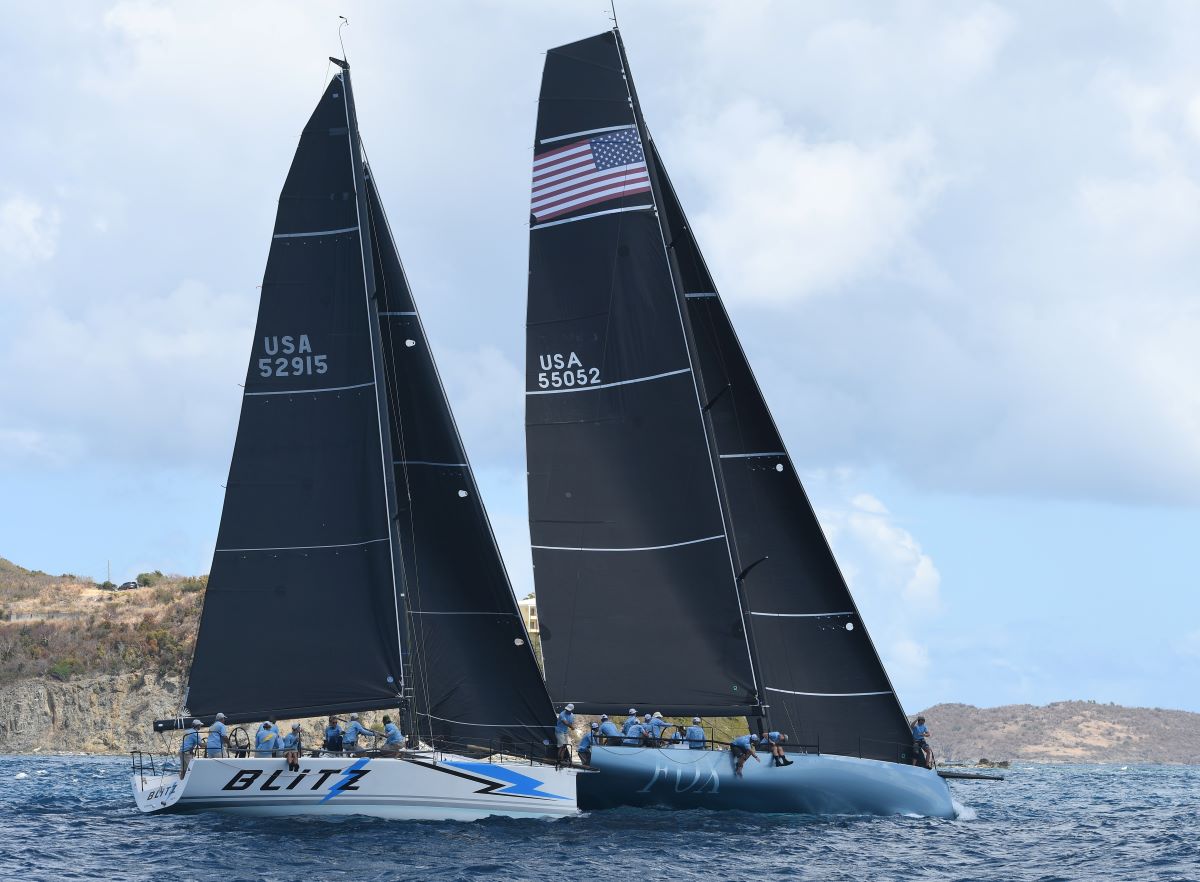 St. Thomas, U.S. Virgin Islands. Nearly a half dozen boats evenly divided between CSA Spinnaker Racing and Non-Spinnaker Racing took their start at 11 a.m. today in waters off the southeast side of St. Thomas for the Round the Rocks Race. This one-day race proved a great tune-up for the 47th St. Thomas International Regatta (STIR), which runs from Friday through Sunday. Sailors reveled in the 15 to 20 knots of easterly breeze on the 17-nautical mile course that traced along the south side of St. John, rounded LeDuck island off Coral Bay, and finished back off Cowpet Bay, St. Thomas. In the end, it was the Botin 52, FOX, owned and sailed by San Diego, CA-based Victor Wild, that won the Spinnaker class and the Dufour 40, Wild T’ing, owned and raced by St. Thomas’ Lawrence Aqui, that topped Non-Spinnaker. 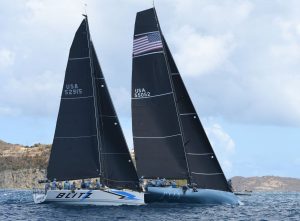 Photo: Blitz and FOX at the start of the Round the Rocks Race. Credit: Dean Barnes

“This is the most fantastic place we’ve ever sailed, it’s reliable and fun,” says Wild, an avid racer who holds memberships in the New York Yacht Club, San Diego Yacht Club and Royal New Zealand Yacht Squadron, and who took delivery of the brand-new FOX last year. “We’ve enjoyed the close starts and tussle with Blitz. Looking forward to tomorrow.”

“We had a fabulous day,” says Wild T’ing’s Aqui. “It’s been a year since we’ve raced due to the pandemic. For the first hour today, I felt a bit rusty and had to get the feel of the boat again. After that, off we went.”

Thirty-five boats are registered for STIR 2021. The fleet will sail in CSA Spinnaker Racing, CSA Non-Spinnaker Racing, One-Design IC24 and Hobie Wave. The first start for each day of racing is 11 a.m.

Chili Pepper’s Sarh is looking forward to the three days of competition ahead. 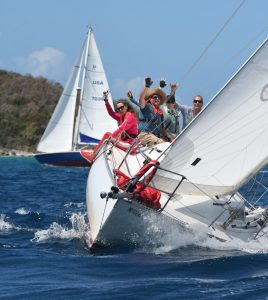 Photo: The Chili Pepper crew is happy to be out racing in beautiful conditions. Credit: Dean Barnes

“Everyone is excited to be back on the water after being locked down for nearly a year,” says Sarh. “Chili Pepper is a former race winner, but many years ago when it was then named Uncle Sam. She is converted into a very stylish day sailor and takes people out on day sailing trips, most of whom have never experienced sailing. She cannot compete with modern designs, but we plan on having fun and hopefully competing against some older boats. Besides the first mate, the crew are a bunch of newbies that want to learn about sailing. They are very excited to come to the regatta. We love St Thomas; sailing couldn’t be any better.”

The One-Design IC24 Class will be the largest with 14 entries. One of those is St. Thomas’ Michael Finley, sailing his Aim Low You’ll Never Be Disappointed.

“It’s an old boat we had stored, and we have been rushing to get it ready,” says Finley. “Tony Coffelt (Commodore of STIR-host St. Thomas Yacht Club), Chris Curreri and I are racing together and for us, it’s just about getting out and racing. We all live here and love it here.”

Social distancing, mask-wearing, and hand sanitization stations are among COVID-19 protocols in place for STIR 2021. On the water, crews in boats such as the one-design IC24 are limited to three this year, and bigger boat classes will remain in social bubbles throughout the regatta. Onshore, there will be staggered class finishes and Happy Hours daily. There will be two awards ceremonies on March 28: 4 pm for IC24s and Hobie Waves, 5 p.m. CSA Racing and Cruising boats.

Results for the Round the Rocks Race are available at https://yachtscoring.com/event_results_detail.cfm?Race_Number=1&eID=14277

Results for STIR will be available starting on Friday at https://yachtscoring.com/emenu.cfm?eID=14270 Check for live updates from STIR on Facebook!